Your Travel Counsellor is: Roshnee Govender 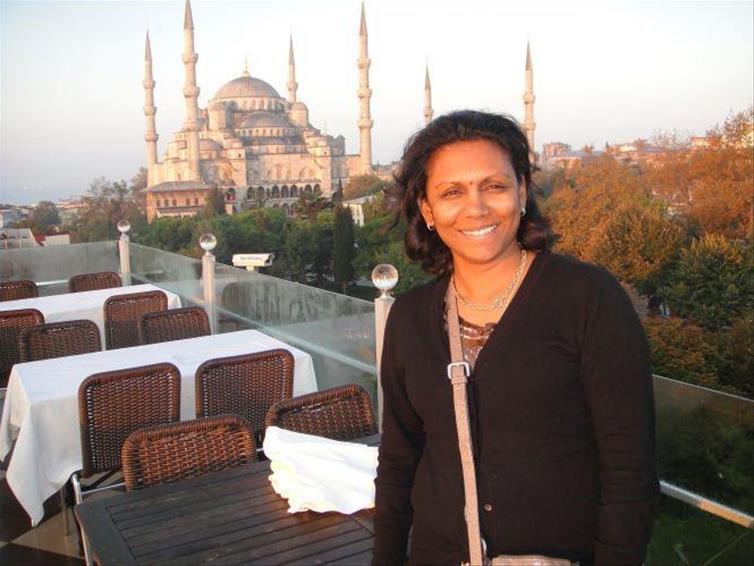 I was 1 of 3 privileged South African Travel Counsellors who joined the top 20 members of a winning team to experience a bit of the Mediterranean in October 2013, sponsored by Discerning Collection. We set off on Turkish Airlines from Johannesburg to Dalaman via Istanbul to Kalkan. We enjoyed a short 3 hour city tour which included the following sights of Istanbul whilst the sun rose: Hagia Sophia, Blue Mosque, Topkapi Palace and Galata Bridge. The Grand Bazaar was unfortunately not open this early. Hagia (St.) Sophia, one of the greatest marvels of architecture, constructed as a basilica in the 6th century. This was once the largest cathedral in the world for nearly a thousand years and later converted into a mosque in 1453 by Sultan Mehmet II the Conqueror and into a museum by Atatürk in 1935. Blue Mosque, facing Hagia Sophia, is famous with its blue Iznik tiles and is unique with 6 minarets, built in the name of Sultan Ahmet. The last great imperial mosque of the classical period; its name comes from 20.000 marvellous blue-toned Iznik tiles decorating the interior walls. An amazingly beautiful city, although so early in the morning, many fishermen had their rods out from the bridge into the Bophorus river below, upon which one can experience a cruise viewing two continents. Dalaman to Kalkan is a 2 hour road transfer. This small fishing village on the Turkish Mediterranean Coast is an enchanting place with the most beautiful locations along Turkey's gorgeous Turquoise Lycian Coast. Still in its infancy with the absence of mass tourism, Kalkan remains a charming and unspoiled town of lush nature, historic ancient architecture, warm tradition Okayal Turkish hospitality and not forgetting the beautiful sea. The landscape has many hills and slopes, so high heeled shoes is not ideal, since you can get around the town walking but not for all. It is not an all-inclusive destination, breakfast is basic, lunch is on the go or often included on tours and dinner is sampled in the many restaurants (120) offered, which is so plentiful for such a small town. I experienced 2 excursions during my 3 day visit to Kalkan.

Day 1: Saklikent Gorge – 300 meters deep - not for the faint hearted! As you wade through the icy cold water by yourself, the adventure began when we past what was meant to be the waterfall we were going to see. Parts of the gorge are very slippery (even with beach shoes on) and where the water is very deep and gushing at points, the water was at my chin level when we decided to turn back with no sight of the falls. To our amazement, the waterfall was in full flow on our return! Lycian city is filled with ancient ruins & was one of our stops en-route, after a traditional Turkish lunch in Islamlar. A visit to a Turkish carpet factory was in order, unfortunately with no purchases as the prices where exorbitant even though reduced prices at the end of the peak season. To end this eventful day, our last stop was at Patara Beach where we watched a perfect sunset with the sun disappearing literally in a few minutes.

Day 2: Sunken City of Kekova – This city that was destroyed and sank due to an earthquake in the 2nd century – it was fascinating to see the remains of a town from a glass bottom boat – including pots and pans! Many on board swam in the wonderful warm water of the Med on a number of occasions. Ucagiz, the town and its Kale (“castle”) is perched on a hill, with many steep steps to climb. After the climb and experiencing the local’s products, which run the businesses from their homes, we had some of the town’s famous homemade ice cream before boarding the boat for our return to Kalkan.

Day 3: Thursday was market day in Kalkan selling not too many traditional Turkish souvenirs (except for Turkish delight of course) but not surprising fake name brand clothing and bags in abundance, all made in Istanbul apparently! We were blessed with showers on our last day; the water was overflowing on these hilly slopes. The taxis are readily available if you are unable to walk these amazing streets.

It was a long trip that I have priceless memories that I will cherish forever!