Your Travel Counsellor is: Dasha van Zijl
Sign in 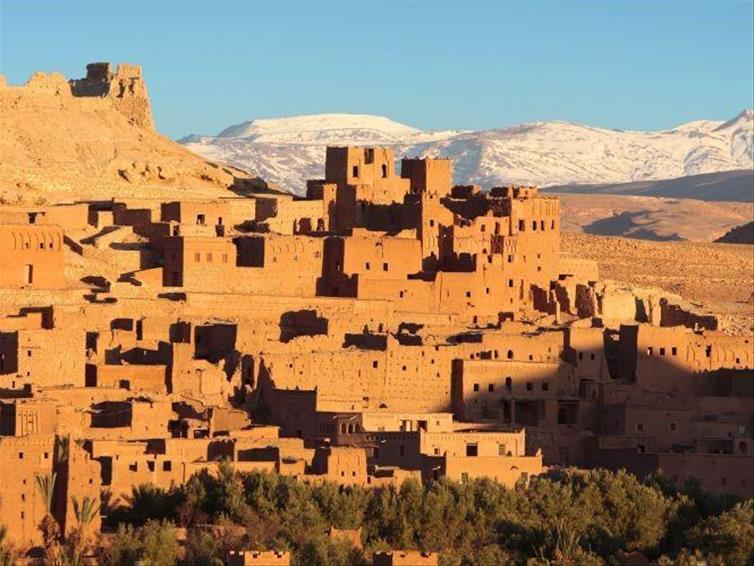 Even though in my time, I have been fortunate enough to have travelled our planet reasonably far and wide, there always remain just a few more places I’d like to plant my feet upon. Top of my list is Magical Morocco! When I think of the Kingdom of Morocco I think spices, carpets, snake charmer, food, and everything that tantalizes the senses. I would of course request an audience with the King of Morocco and greet him with Salam wa aleikum (Peace be upon you) to which I will be blessed to hear the response of Wa aleikum ah salam (and also peace be upon you). We will discuss how Amazigh and Moroccan Arabic (spoken) are the two official languages, but that lyrical French is the unofficial 2nd language and that Berber is also a spoken language. The king will tell me that the word “Morocco” originates from the Spanish “Marruecos” or the Portuguese “Marrocos” which refers to Marrakesh and that it is still called so in Persian/Urda. He will then further explain to me that Marrakesh is the Berber word combination of Mart n Akush meaning Land of God! Now does that not send peace all the way down your spine? In an intelligent voice I will ask the king how the governing of Morocco works and he will tell me that it is a Constitutional Monarchy with an elected parliament. I of course will nod in understanding, adding that Rabat is the political capital even though Casablanca is the largest city. (Silently congratulating myself on brushing up before our meeting) I would also add – the travel guru that I am – that Morocco has 3 international airports: Casablanca, Tangier and Agadir. My choice of flight is to Marrakesh with Air France, as I first just had to stopover in Paris. The kings will then politely stand up and say that he has to attend matters pertaining to the country. With a wise nod and wink I agree and am off to follow my fantasy journey. Marrakesh (English) aka Marrakech (English or French) aka Marraquech (Spanish) aka Marrakesch (German) at first I’m a little confused with all the different spellings, but soon I am walking through the 2nd largest city in Morocco. Here I find the largest traditional souk and then suddenly I find myself in a blaze of colour, sounds and smells as I walk across Djemaa el Fna, not for nothing it is one of the busiest squares in Africa. I am surrounded by acrobats, story-tellers, dancers, snake charmers, musicians and as the sun-sets the aromatic smells from all the night food stalls. After each of my senses has been fulfilled, I stroll along to stand in awe of the residencies of French designers and grand couturiers Jean-Paul Gaultier and Yves Saint-Laurent. Yes, you heard it from me – they have homes here! Next I’m in the economic and business centre of Morocco – Casablanca!!! Casa – House and Blanca – White, so basically I’m visiting the White House! Of course if you are in the know or a local you will simply refer to it as Casa. I of course feel like Ingrid Bergman in the 1942 “Casablanca”, looking for my Humphrey Bogart. With this in mind I signal a Petits Taxi (Small Taxi) in bright red to transport me to “Ricks Cafe American”. Next to me a family of four climb into a Grand’s Taxis (Big Taxi) in shiny white, their excited chatter speak of going to Hassan II Mosque on the shores of the Atlantic. I quickly check my guide-book and discover that this is the largest Mosque in Northern Africa, accommodating 25,000 worshippers inside and 80,0000 inside, costing a staggering 800million dollars to build. Slightly wishing I was following them, I climb into my taxi, excitedly giving the name of the establishment I want to go to. Shaking his head and in exasperation the taxi driver says “It’s a movie, it’s a movie – the cafe does not exist!!!” Not to be put down, I quickly say I was joking and request to go to the small island of Marabout de Sidi Abderrahmane. During low tide you are able to walk to the rocky island. Here I will find the tomb of Sidi Abderrhamane Thaalibi – Founder of Algiers. The locals make informal pilgrimages here to reflect on life and seek religious enlightenment – something I might need, but alas non-Muslims are unable to attend the tomb. So instead I sit and reflect outside. The Atlas Mountains are now calling…I will leave you now as while I’m trekking I will be unable to talk! (something to do with trying to catch my breath), but I will be taking a cooking course and seeing the most beautiful sights, so rest assured I will be enjoying every moment. Dasha